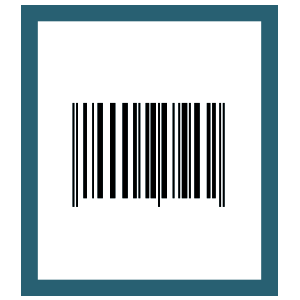 How can one company track 40,000 assets spread out all around the world?

Over twenty years ago Nesbit Systems, a small software company with ties to broadcasting, set out on a new venture – to track, ship and manage thousands of assets being used by NBC for the 1988 Olympic Games in Korea. As part of their role as general contractor for computer systems for the broadcast, the Nesbit team knew that the benefits of using microcomputers outweighed the challenges. After all, what can be done on a laptop or mobile device today had only been done with mainframe computers in the 1980s. Working closely with talented producers and directors for building the program's specifications and requirements, and executing the program in a foreign country with an unfamiliar culture, the Nesbit team worked strenuously until the experiment was a huge success.

The resulting software, EquipTrack, had the ability to track what seemed like countless pieces of equipment was such an achievement that CBS integrated the Nesbit system into their broadcast of the 1992 Olympic Games in Albertville, France. It was designed to track the millions of dollars of broadcast equipment shipped from the U.S. to Europe. CBS News later purchased the system to track their equipment shipments around the world.

Today, CBS News still relies on the Nesbit programs to ensure efficiency. “I don't know what we would do without Nesbit. We take the software for granted. It's part of our work culture, part of our work system,” declares Chris Donahue, Manager, Computer Support & Procurement at CBS News.

Chris is a CBS veteran. Starting at the news organization twenty-two years ago after graduating college with a degree in broadcasting, Chris has traveled the world for CBS News – he's seen the Gulf War, Panama, Haiti and Cuba. Now his work for the news division keeps him in New York, and Nesbit EquipTrack helps make his workday a little bit easier. “I can track 39,193 items in Nesbit,” explains Chris. “Other software companies haven't shown me that they can do what Nesbit can do. Nesbit customizes the program for our needs.”

With this system CBS News keeps track of all its equipment – individual components and groups of equipment – at all of its news bureaus around the globe. Each News Bureau has access to EquipTrack. Whether a user is in New York or London they can find out the location of a particular item, view its maintenance status and other necessary data. They can prepare a shipment, including shipping reports and manifest lists. In essence, any one person at the news organization can access information about any asset at any time.

EquipTrack can keep track of so many assets because of its ability to be customized by the user. For CBS News, the software doesn't just maintain a log of broadcasting equipment, like microphones and cameras. But it also tracks repairs, identifies the current user and holds valuable identification information about each item. In fact, Chris' department was able to garner $383,000 from a large computer manufacturer's class action lawsuit, thanks to the customizable fields in Nesbit. “For every laptop that we purchased, we got a credit. So I searched for the manufacturer in Nesbit, which gave me P.O. numbers for every machine we ever bought. We even had to go into our microfiche to find old P.O.s, but without Nesbit's archived info, we never would have known where to look. Thanks to that large credit, the company didn't have to pay for any new computers that year.”

The CBS News EquipTrack has been implemented with integration to the corporate Fixed Assets System. “We tag everything that's over $1,000. Our finance people won't pay a bill until the item is listed in Nesbit,” asserts Chris. On a regular, automatic basis, key cost and usage information is exported to the Fixed Assets System to assess depreciation. This integration was designed in coordination with the News users, CBS accountants and Nesbit.

But with all these features that enhance and ease the workflow at CBS News, EquipTrack isn't only for broadcasting, but for any company with assets. “I would use the system to track my computers alone,” says Chris.

"I can't imagine working a day without MLS. It's everything I wanted because it was custom designed for my company."

To learn more about our products or to schedule an online demo, please click here.